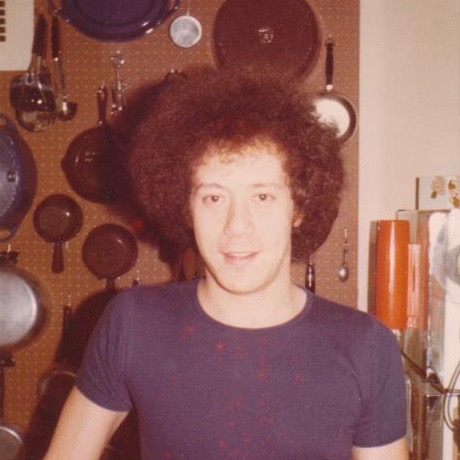 It’s exactly 50 years since the police raided the Stonewall Inn in Greenwich Village. Exactly 50 years since hundreds of people fought back on Christopher Street. Exactly 50 years since “gay power” erupted as an affirmation and a demand for a new generation of queer activists. And we’re marking this moment by releasing first-hand accounts of the raid, the riots, and the struggle for liberation that followed. I hope you’ll take these voices with you as you celebrate Pride this weekend and beyond, and remember those who came before us.

In the first few years right after the Stonewall uprising, Morty Manford became a leader in the gay civil rights movement in New York City—as president of the Gay Activists Alliance and co-founder, with his mother, Jeanne Manford, of PFLAG, an organization for the families of gay people. But on June 28, 1969, Morty was a 19-year-old student at Columbia University who was still struggling with his gay identity when the police swept into the Stonewall Inn—and the raid was on.

Morty Manford: I was inside and I was a patron. I had found that to be my favorite place. It was a very eclectic crowd, which was one of the nice things about it. The place itself was pretty much of a dive. It was pretty shabby and the glasses weren’t particularly clean when they served you a drink. And they were watered-down drinks. But they had some lights in the back on the dance floor area. And there was a jukebox. There was a back room area, which in those days meant there was another bar back there and tables where people sat. And it was just like a, you know, separate little atmosphere.

Some very officious-looking men in suits and ties entered the place and walked about a little bit and then whispers went around that the place was being raided. Suddenly the lights were turned up, the doors were sealed, and all of the patrons were held captive until the police and the federal agents decided what they were going to do.

The patrons included every type of person. There were some transvestites. A lot of students. Young people. Older people. Businessmen. It was everybody. It really was an interesting place. I had friends, you know, that I met there regularly.

Eric Marcus: Were you frightened by the raid?

MM: I was anxious. Everybody was anxious, not knowing whether we were going to be arrested or what was happening next. It was a nervous mood that set over the place.

EM: And then you were ushered outside?

MM: We were told that we had to line up and our identification would be checked before we would be freed. People who did not have identification or people who were underage and transvestites as a whole group were being detained. And those people who didn’t meet their standards were incarcerated temporarily in the coat room.

EM: They were put in the closet.

MM: Little did the police know the ironic symbolism of that. But they found out fast.

MM: Well, as people were released they didn’t run away, escape the experience completely. They stayed outside. They awaited the release of their friends. People who were walking up and down Christopher Street, which was at that time a very busy cruising area, social strip, also assembled. The crowd in front of the Stonewall grew and grew.

I was there, I stayed to watch. Some of the gays coming out of the bar would take a bow and their friends would cheer when they came out. And it was a colorful thing.

EM: There were lesbians there, too.

MM: I don’t recall any women, frankly, if there were. And there were occasionally only a very few who came into the bar. It was mostly men.

EM: You had no plans to riot, though, while you were standing outside. That was not on your mind.

MM: No. And I personally didn’t riot. I was there, but… The tension started to grow. And after everybody who was going to be released was released, the prisoners were herded into a paddy wagon parked right on the sidewalk in front of the bar. And they were left unguarded by the local police and they simply walked out and left the paddy wagon to the cheer of the throng.

EM: Were these mostly transvestites?

MM: There were transvestites there. There were bar personnel, bartenders, the bouncers. Once all of the people were out and the prisoners went on their merry ways, the crowd stayed. Somebody in the crowd started throwing pennies. Or some people in the crowd threw pennies at the front of the Stonewall. The Stonewall had a couple of great big plate glass windows in the front. They were painted black, on the inside it was painted black.

After the pennies, one person apparently threw a rock, which broke one of the windows on the second floor. And at the shattering of glass the crowd sort of, “Ooooh.” It was a dramatic gesture of defiance.

MM: Yeah. We had just been kicked and punched around symbolically by the police. I had felt that all along, indirectly. For me, there was a slight lancing of the festering wound of anger at this kind of unfair harassment and prejudice.They weren’t doing this at heterosexual bars. And it’s not my fault that the local bar is run by organized crime and is taking payoffs and doesn’t have a liquor license. It’s the only kind of bars that were permitted to serve a gay clientele because of the system of official discrimination by the State Liquor Authority and the corruption of the local police authorities. None of that was my doing. I wanted a place where I could meet other people who were also gay.

And it escalated. A few more rocks went and then somebody from inside the bar opened the door and their arm was reaching out with a gun, telling people to stay back. Next somebody took an uprooted parking meter and went and broke the glass in the front window and the plywood board that was behind it. Then somebody else or other people took a garbage can, set it on fire, one of those wire mesh sanitation department garbage containers, and threw the burning garbage into the premises.

They had a fire hose inside, apparently they used it. It was a very small trash fire. Then they opened the front door and turned the hose on the crowd to try to keep people at a distance. And then the riot erupted. Apparently, a fire engine had been summoned and the fire engine started coming down the block. And then the police started to arrive, and forced the crowd… You know, they came down the street in their wedge lines… in a phalanx of blue.

MM: Yeah, no, they had their riot gear on. In those days the New York City police had a guerrilla-prone cadre of their ranks known as the Tactical Police Force.

MM: TPF. And that’s who came. Who knows whether this thing would have escalated beyond that had they not come in. The way they then started chasing after people and hitting people with their billy clubs, I think that may have made it greater than it was. Nevertheless, the fact is, I mean, gay people had already stood up and rebelled. Initially, with a symbolic toss of a coin.

EM: You were watching.

MM: I was watching. I wasn’t looking for a fight. But it was a very emotional turning point for me. And, yeah, once they started attacking people and forcing people onto the side streets, trying to divide, I stayed a little bit, I tried to get out of the way. And, you know, talked to people… I saw some windows in the neighborhood… People were breaking windows and I saw a little bit of that, but I didn’t stay too much longer. I did return the next night, though, just to see what had… what was going on because the riot was continuing.

EM: Had you ever seen anything like that before?

MM: First time I had ever seen something like that.

EM: Did the police response shock you? You said that there was an emotional change for you.

MM: Well, I think the emotional change was those minutes in front of the Stonewall when this mass of gay people—and ultimately there were probably a couple of hundred people standing in front of the bar in this crowd—acted in defiance.

I mean, psychologically, I was all with this spirit, not quite knowing or being able to articulate what it was about it that was going on that made me feel so a part of it. This festering wound, the anger of oppression and discrimination, I think, was coming out very fast at the point of Stonewall.

EM Narration: Morty Manford took time off from college to devote all his energy to the movement, but later went back to school and got his law degree. He was an assistant New York State attorney general when he died of complications from AIDS on May 14, 1992. He was 41 years old.

This podcast is produced thanks to an incredible team of hard-working professionals. You’ll find them listed at makinggayhistory.com. That’s where you’ll also find full transcripts, archival photos, and extensive additional resources that come with all our episodes.