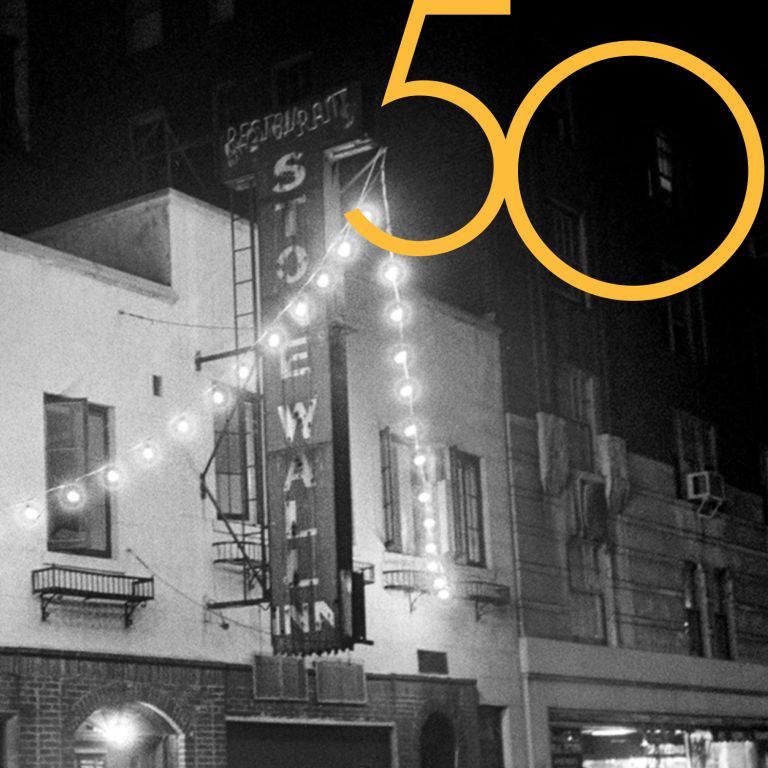 Coming soon: A special season of Making Gay History to mark the 50th anniversary of the Stonewall uprising. Hear the voices of the rioters, and of the activists who turned a riot into gay liberation—a new and expansive phase in the LGBTQ rights movement.

That’s how some people tell the story of Stonewall. But not us.

Marsha P. Johnson: I was one of the first drag queens to go to that place.

Breck Ardery: The heart of the West Village, commonly referred to as the gay ghetto of New York.

EM Narration: Voices from out of the past and a few from the present will transport you back in time 50 years and bring history to life.

EM Narration: In the early morning hours of June 28, 1969, homeless LGBTQ teens, trans women of color, lesbians, drag queens, gay men, and allies took a stand. What had started out as an all-too-routine police raid of the Stonewall Inn in New York City sparked a riot that turned into a multi-night uprising on the streets of Greenwich Village. It wasn’t the first time LGBTQ people fought back against oppression, but the Stonewall uprising ignited a mass movement that quickly spread across the U.S. and around the globe. It was a catalyst that turned fear and anger into something new, something proud, something revolutionary.

EM Narration: We’re releasing episodes each Thursday in June where we’ll explore the context that framed the riots…

VR: Police raided the bars all the time.

EM Narration: Bring you the voices of the uprising…

Martin Boyce: The riot was on in my section. On.

MJ: Turning over cars and blocking traffic and screaming.

EM Narration: And we’ll follow in the footsteps of the organizers who channeled that anger into enduring action.

Martha Shelley: We got to do something. We can’t just let this pass. We should have a march.

EM Narration: We’ll also highlight those who fought on the front lines, but found themselves pushed out of the picture.

SR: We did it for our own brothers and sisters, but, damn it, don’t keep shoving us in the fucking back.

EM Narration: Finally, you’ll join us for an evening at the modern-day Stonewall Inn with present-day activists and historians to reflect on what made Stonewall different.

Jason Baumann: It wasn’t the first time that queer people had fought back, but because the activists really embraced that moment, they turned it into this turning point.

EM Narration: Subscribe to Making Gay History on Apple Podcasts or find us wherever you get your podcasts, and don’t miss a single episode. And, remember, Pride’s not just for June and LGBTQ history isn’t just Stonewall. Happy Pride!