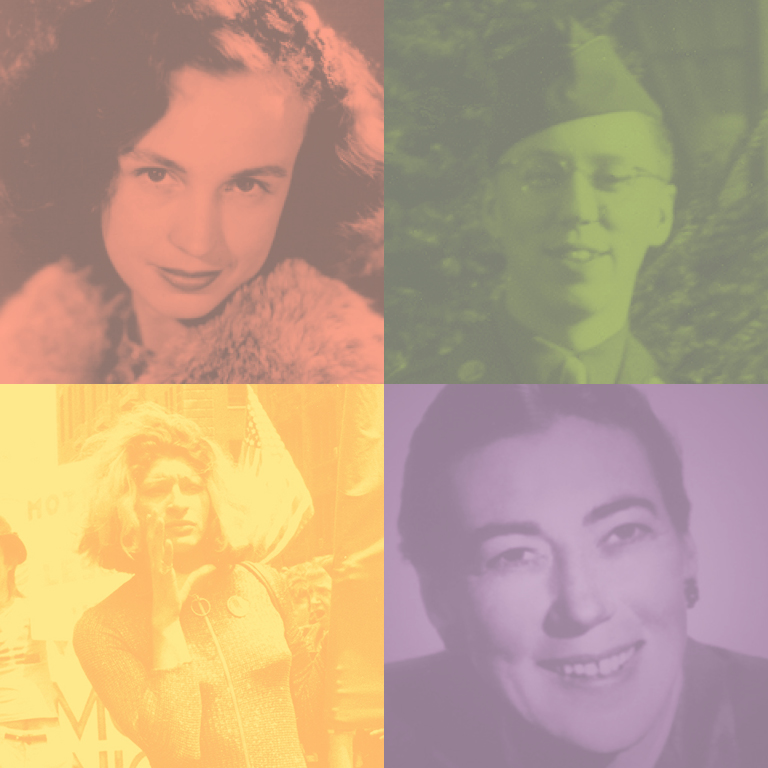 The Making Gay History podcast mines Eric Marcus’s decades-old audio archive of rare interviews to create intimate, personal portraits of both known and long-forgotten champions, heroes, and witnesses to history. Here’s a taste of what’s to come in season one.

Eric Marcus Narration: Hi, Eric Marcus here. In the late 1980s, I recorded a hundred interviews for a book I was writing about the LGBTQ civil rights movement, which we called the gay rights movement back in those days. I’ve had these cassette tapes sitting in storage for 30 years and a few months ago I had a listen. And suddenly, I was back with all these people again—at their dining room tables, in their living rooms, sitting across from them and hearing about their lives.

These people counted on me to tell their stories, which I did in print. In my book. But that wasn’t enough. These stories want to be told again. And the people I interviewed, most of whom are no longer living, wanted to tell their stories in their own voices. So, that’s why we’re launching this first season of the Making Gay History podcast, so we can bring these queer stories back to life.

Over the next 10 weeks, you’ll be hearing from 10 amazing people, like Edythe Eyde, who wrote an essay in 1947 for her magazine. She called it Vice Versa, “America’s Gayest Magazine.” And she wrote this essay in which she predicted a gay utopia.

Edythe Eyde: I never thought of it as being bold at the time. I was just sort of fantasizing. But it all has come to pass.

EM Narration: You’ll also hear from Chuck Rowland. He was a one-time communist who cofounded the Mattachine Society in 1950. It was one of the first gay rights organizations.

EM Narration: Wendell Sayers was one of my favorites, but I call lots of the people I spoke with—in fact, almost all of them—my favorites. Every time I hear his voice it breaks my heart.

Wendell Sayers: I grew up in a very segregated society. If anything went wrong in the town, it was always I who did it. That’s a lot of pressure. Gradually, I discovered that I was different and, uh, I thought I was the only one in the world.

EM Narration: And trans icon Sylvia Rivera, who found herself outside the Stonewall Inn on the night of June 28, 1969.

EM Narration: Subscribe on iTunes, Stitcher, or anywhere you get your podcasts. You can find all our episodes on makinggayhistory.com.